Beatum – This community was established in the late nineteenth century near the old Dunaway home, near present-day Subligna.

Cheney – Dr. Franklin Washington Cheney was a wealthy farmer/doctor/preacher who arrived in the mid-nineteenth century. Toward the end of his life the community around the Cheney Farm, bounded by Gore, Silver Hill and Tidings was known as Cheney. The name is no longer in use today.

Dirt Town – one of the county’s earliest post offices, the center of Dirt Town was located between Scott Hill and the current Jim Hunter farm, along what is today Highway 27 but that was originally a route used by the Native Americans.

Dry Creek – This community was located at the foot of John’s Mountain and in the Haywood Valley, adjoining Dirt Town Valley.

Ebenezer – This post office existed for only a short period but the community retained the name for a few years afterward, no doubt because of the establishment of the Ebenezer Baptist Church, still in existence. At one time known as Zula, it was a bustling settlement with an impressive school.

Farmersville – An original settlement, Farmersville was home of one of the oldest community cemeteries in Chattooga County, the name remains largely because of the road bearing its name. It is located about two miles north of Pleasant Grove Baptist Church.

Gore – Community named for prominent farmer and storekeeper William Gore, the name remains in common use for the area near the intersection of Highway 27 with John Jones Road and Gore-Subligna Road.

Kartah – Located near the intersection of Highway 27 and the Pleasant Grove Church Road, the name Kartah replaced Dirt Town—of which it was a rough translation—post office. Older county residents will remember the name as it was attached to a picnic area long after the post office was closed.

Little Egypt – Although never a post office, the name is still used today for an area near the original site of Farmersville.

Little Sand Mountain – A community on top of the mountain of the same name. It is home to many members of the Cargle and Mathis families, among others.

Moore – Located, according to Robert S. Baker, about where Subligna Road Church of Christ is today.

Mount Hickory – Once a thriving little community, it was located just south of the intersection of Highway 27 and the Gore-Subligna Road. Mount Hickory was supplanted by Gore in 1857.

Reuben – Located south of Gore at Silver Hill around the home of Reuben Herndon.

Shackelton – Between Gore and Taylor Ridge, this town existed for the short period that the mining of ore on Taylor Ridge was a going concern. Older citizens remembered it as a ghost town by the 1920s.

Subligna – Named for Dr. W.D. Underwood by a grateful community. Dr. Underwood demurred at having the village named Underwood but agreed to the Latin translation. The name is still in use today.

Tidings – South of Gore on Highway 27, near the site of the original Shropshire/Cheney farmhouse. The Tidings Store, long a fixture, is gone now but the name lingers on with locals.

Zula – Once a thriving little place, and now bereft of its school and stores, Zula was located just south of the current location of Ebenezer Church. Prominent early settlers included Henry and Mariah Waits Johnson. Much of the area is now owned by Berry College and maintained as a hunting preserve. 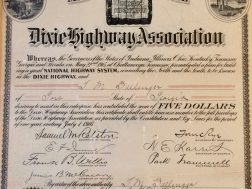 The Dixie Highway was built through the county in the years around 1920. 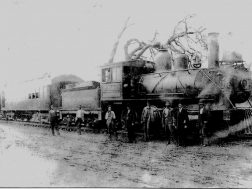 Rome and Northern Railroad in Gore circa 1910 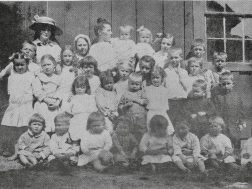 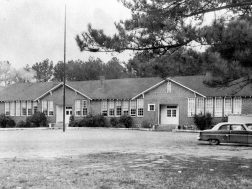 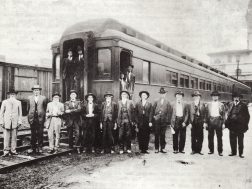 Confederate veterans going to a reunion in 1919 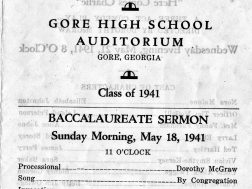